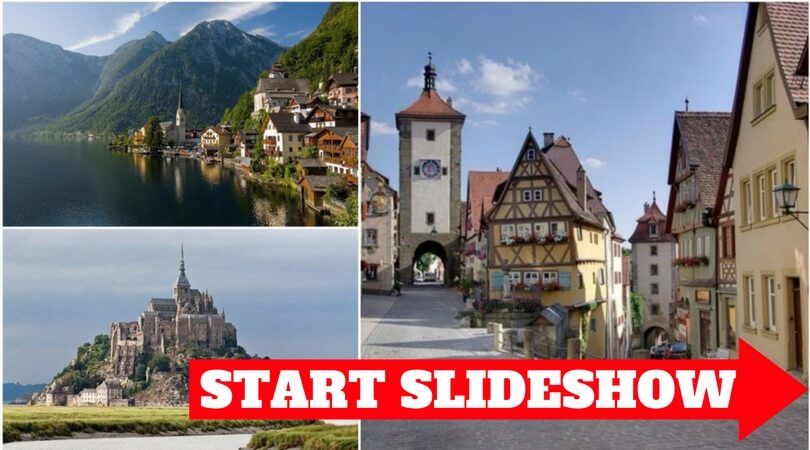 Europe was a bustling place in medieval times.

Today, across Europe, besides the upheavals and world wars, some cities have retained their medieval charm and architectural features.

Here are some of the best-preserved places to visit across Europe!

25. Edinburgh, the Scottish capital since the 15th century

This city has two parts – the Old Town with its medieval fortress and the New town that has been developed since the 18th century.

The two different areas give a unique character to the city.

The old town contains 16th and 17th century noble and merchant houses that worth a visit.

The streets are in the medieval fishbone pattern, with narrow streets and courts leading from the High Street.

The new town has a concentration of neo-classical buildings combined with gardens which form private and public open spaces.

24. Eze is a medieval town built in the Alps, France

This place is considered as the only authentic medieval city in the Alps.

The area has been inhabited since 2000 BC; it was occupied by both the Romans and the Moors.

The oldest building is the Chapelle de la Sainte Croix from 1306.

Eze is a “museum village” as its main income comes from tourism.