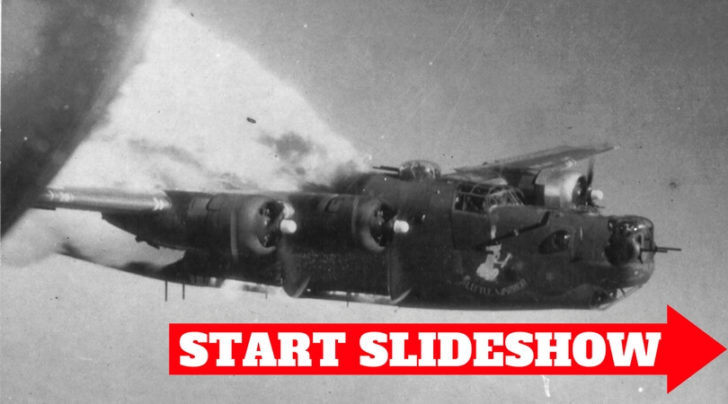 The strategic bombing campaign during WWII cost the lives of roughly 160,000 Allied airmen and 33,700 planes in the European theater alone.

We have collected incredible images of the last moments of World War II bombers. Wherever possible we have added information to the images about the crew’s fate. 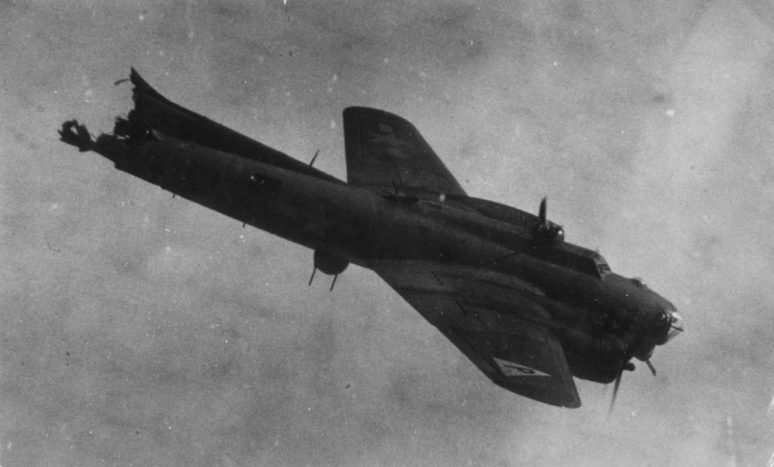 B-17G 42-37781 “Silver Bullet” was lost after bombs away when bombs from a higher flying group (379BG) hit this aircraft, knocking tail completely off in front of stabilizer.

The aircraft dived straight down into a spin with all four engines going, crashed in Berlin, Germany. March 9th, 1944. 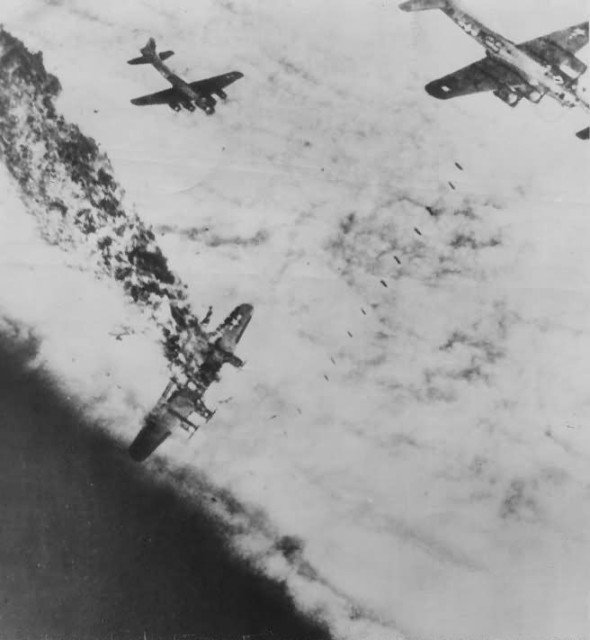 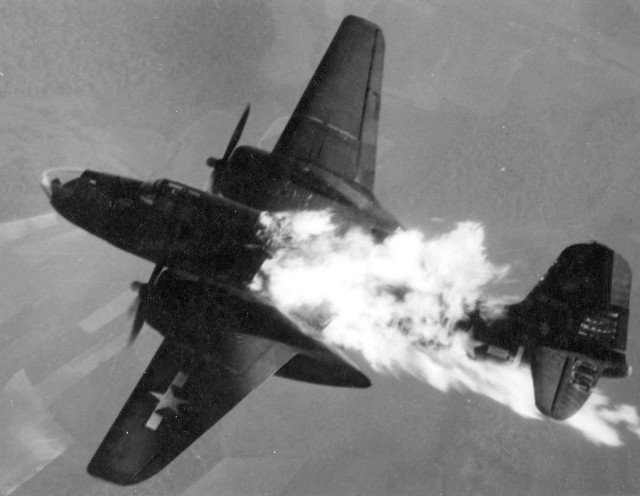 It burst into flames and crashed a mile west of the target; two chutes were seen to come out of the plane.

Lt Stockwell had been with the Group almost from the beginning of its existence. 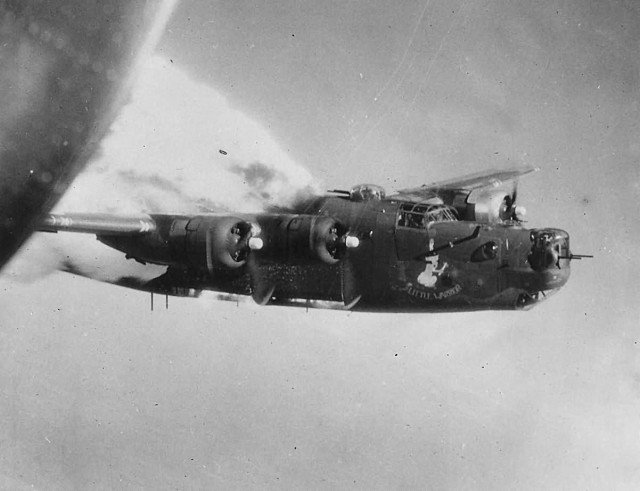 One crewman managed to bail out safely but was killed by civilians on the ground.