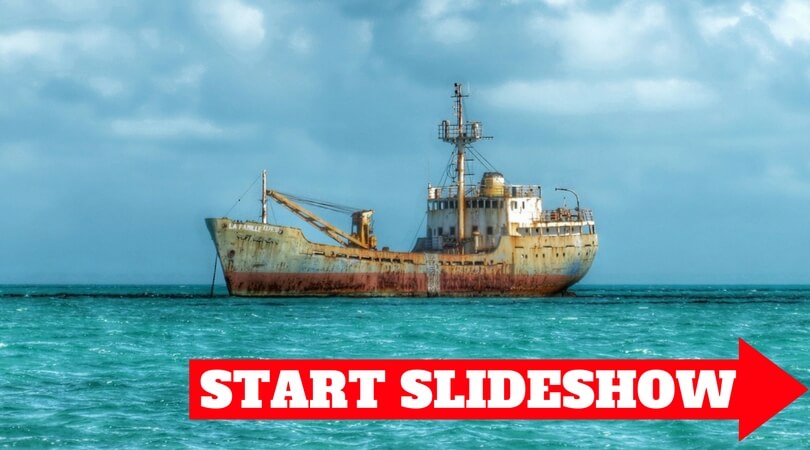 There are an estimated 3 million shipwrecks around the world on the ocean floor.

They are a reminder that nothing lasts forever; most of these ships are now home to sea creatures instead of the humans that used to stroll their decks.

They are a fleeting window into our past, reminding us of when these ships used to proudly sail our rivers, seas, and oceans.

This famous majestic ship named Titanic was known as the most enormous and glamorous of her time, launched in April 1912.

Titanic sank after a collision with an iceberg with the loss of between 1,400 and 1600 lives.

The shipwreck remains at the bottom of the North Atlantic Ocean.

Built in 1937 in Scotland by name Saint Bedan, it was used to smuggle cigars and alcohol, ran aground by name Panagiotis in 1980 chased by Greek Navy.

The MV Panagiotis is a great tourist attraction today at Zakynthos Island on the Ionian Sea.