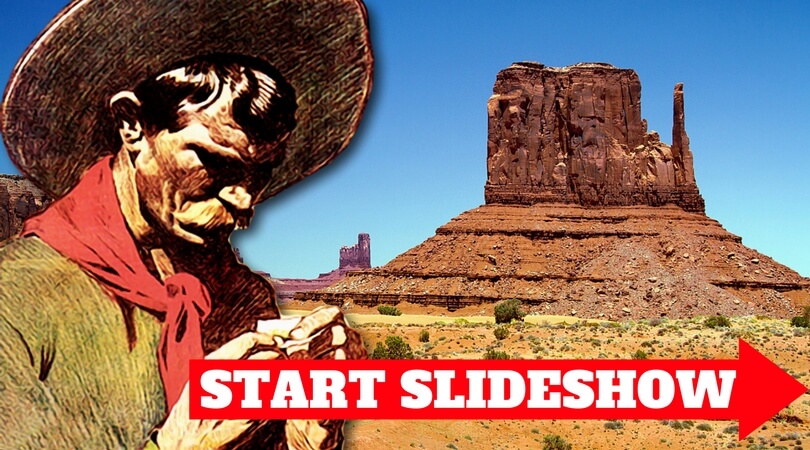 The Wild West evokes images of Clint Eastwood and Western movies, a place where men were tough and rough; a place of gunfights and massacres.

But was the West truly like this? Read below and find out what the truth was about the Wild West myths.

Outlaws were famous back in the Wild West for their toughness and deep, manly voices.

Some were a little vain, such as Jesse James, who left self-aggrandising notes detailing his accomplishments at his crime scenes.

Billy the Kid boasted and inflated his achievements – he killed only four people in his career but encouraged the rumors that he had killed twenty.

Wild Bill, who looked tough, actually had a lisp and got fired for talking like a girl.

The “Bill” part of his name actually referred to the size of his nose.

14. The west was horse country!

Even though none of the movies have ever depicted cowboys riding camels, they may have done so in the Old West.

For a time the southwestern United States was home to feral camels thanks to the US military and government.

It was an army experiment to breed them and use them in the baking hot areas of the southwest, where horses and mules struggled with dry conditions.

Even though the experimental use of camels as pack animals for traveling through areas of little water availability worked, the idea was eventually abandoned and the camels were set loose.

The feral camels bred in the wild and were spotted until 1941 living in inhospitable areas of Texas.