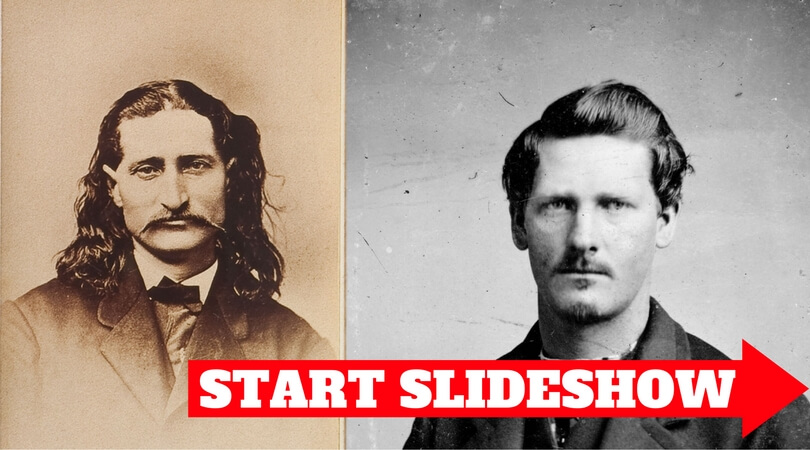 During the days of the “real” Wild West, men who had gained a reputation as being dangerous with a gun were more commonly called gunmen, pistoleers, shootists, or bad men.

Here’s a look at 10 of the deadliest Wild West gunslingers.

John Wesley Hardin was easily the deadliest gunfighter of all time and one of the darkest characters in the Old West.

This American outlaw and gunfighter claimed to have killed 42 men though the newspapers attributed only 27 killings. At 25, he was finally arrested & served 17 years in prison. Shortly after his release, he was shot in the back of the head by John Selman Jr.

He has been credited with killing at least 14 people, though legend has it that the number is somewhere closer to 50. As a teenager, Miller blasted his sister’s husband in the head with a shotgun after a disagreement.

Before he was hung, he made two requests.  He wanted his ring to be given to his wife (who was a cousin of John Wesley Hardin) and to be allowed to wear his hat while being hanged.  Apparently, he screamed, “Let ‘er rip,“ before stepping off the box.