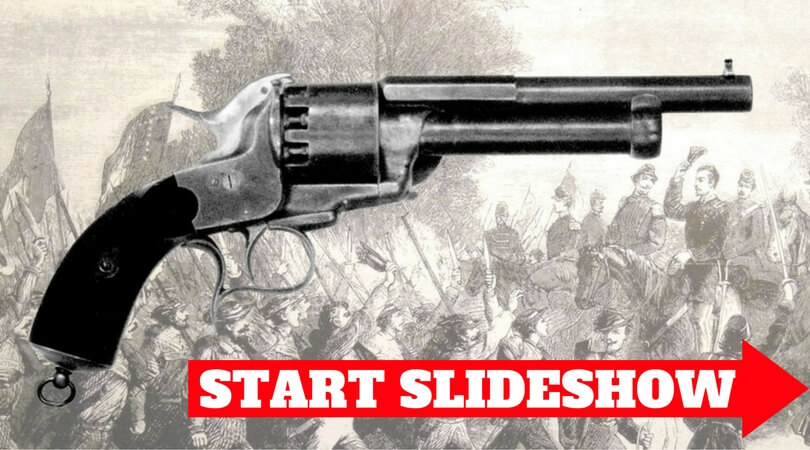 Thousands of firearms have been invented since the discovery of gunpowder.

Human history is full of surprising developments in weaponry, but practicality may not be something thinking about all the time.

Whether they were too costly to make or just poor designed, here are ten of the most unusual and forgotten firearms in history.

A punt gun is an extremely large shotgun used in the 19th and early 20th centuries for shooting ducks.

It could only be fired from a punt, a type of small boat. Punt guns were usually custom-designed and so varied widely but could have bore diameters exceeding 2 inches (51 mm) and fire over a pound (≈ 0.45 kg) of shot at a time.

A single shot could kill as many as 50 ducks at once.

Eventually, the punt guns killed so many ducks that their population declined precipitously and by the 1860s most states had banned the practice.

The duck foot pistol, which first appeared in the 1700s and 1800s, was named after the shape of its barrels, which looked like the foot of a duck.

This gun could have as few as three barrels and as many as six. Usually, each barrel was aimed in a different direction.

The principle behind this type of pistol is one of confrontation by one person against a group.

For example, the gun was designed for use by people like bank guards, prison wardens, and ship captains who could be attacked by several people coming from different directions.