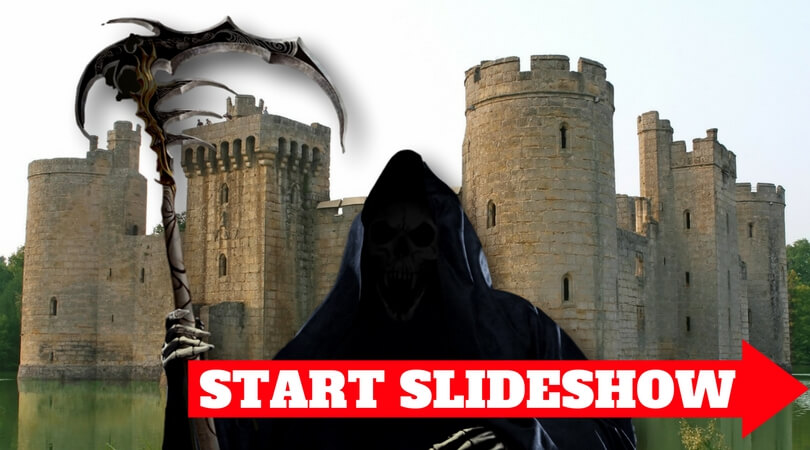 Death came in many forms and ways during the Middle Ages.

Most people died in battle, from disease or hunger. There were, however, some that died in a very strange way.

Here are 10 famous people that met their end, in a decidedly odd manner.

Henry II the count of Champagne and Ruler of Jerusalem died falling from a first-floor window at his palace.

Allegedly, Henry II was watching his troops gather while leaning on the railings of a window; the railings gave way and he dropped to the ground.

Though some accounts claim the Byzantine Emperor died from epilepsy or dysentery, a popular legend states that the Zeno was buried alive.

Apparently, Zeno, after drinking heavily fell unconscious; his wife declared him dead and had him put in a sarcophagus.

Allegedly, Zeno called for help but Adriane refuse to let anyone near the sarcophagus.

When the 75-year old Byzantine Emperor was out hunting, his belt got entangled in the antlers of a deer. He was dragged 16 miles until an attendant cut him loose.

The emperor suspected that he was trying to assassinate him and had the attendant executed. Shortly after, he himself died from a fever.