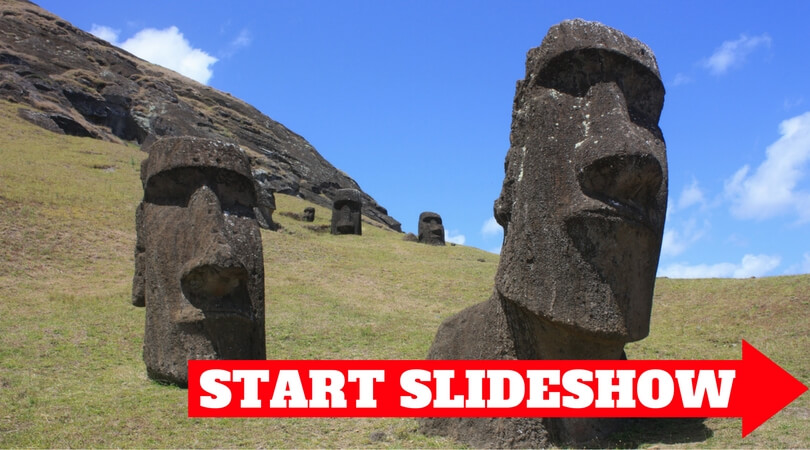 Throughout history, civilizations have risen and were lost countless times and many have left monuments that still baffle us today.

Here are 10 ancient wonders that still bewilder our scientists.

10. The Unfinished Obelisk In Egypt

One of the most famous stones left behind is the ‘Unfinished’ Obelisk, taller than any known obelisk ever raised.

The unfinished obelisk is the largest known ancient obelisk and is located in the northern region of the stone quarries of ancient Egypt in Aswan (Assuan).

It is 42m in length and was most probably abandoned when some cracks appeared in the rock, during its construction. Others believe that the female pharaoh known as Hatshepsut sanctioned its construction.

If finished it would have measured around 42 m (approximately 137 feet) and would have weighed nearly 1,200 tons.

Besides the unfinished obelisk, an unfinished partly worked obelisk base was discovered in 2005 at the quarries of Aswan.

All these quarries in Aswan and the unfinished objects are an open-air museum and are officially protected by the Egyptian government as an archaeological site.

Dwarka is one of the most ancient cities of India. The city, five miles long and two miles wide, is located 120 feet underwater in the Gulf of Cambay off the western coast of India.

The discovery was particularly astonishing to scientists as the area predates all other finds in the area by at least 5,000 years, suggesting a much longer history of the civilization than was first assumed (carbon dating estimates the site to be almost 10,000 years old).

What’s surprising is that many architectural remains are still intact.

This incredible find has been named Dwarka (The Golden City) in honor of the Hindu god, Krishna.