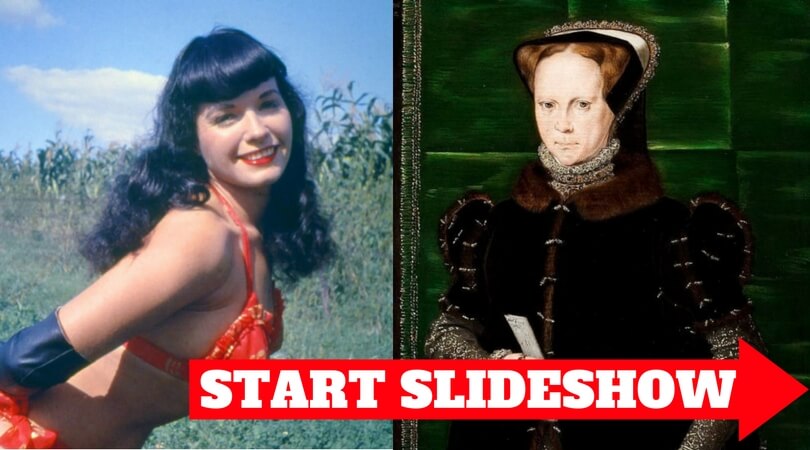 From the first Queen of England to the one and only Queen of Pinups, there are women who have inspired kings to abdicate from the throne.

Others play the part of a femme fatale, seducing famous artists by posing nude for their paintings.

Others enchanted the hearts of everyone around them, bringing about changes in social norms and traditions.

Regardless of their exact role in society, these women were shameless in what they did, and their behavior eventually changed the world around them.

Don’t be surprised if some of them had a lesbian affair, was an atheist or took a horseback ride naked.

She was the mistress of the newspaper tycoon William Randolph Hearst who managed her career.

Her name is associated with the scandal of  1924 when the film producer Thomas Ince mysteriously died aboard Hearst’s yacht.

Clara Petacci (1912 – 28 April 1945)  is widely known for being a mistress of the Italian dictator Benito Mussolini who was twenty-eight years older than her.

Petacci was executed along with Mussolini by the partisans in 1945.