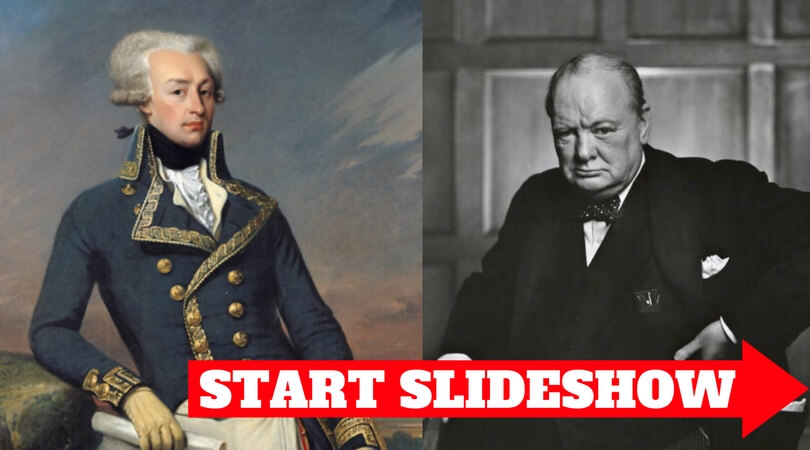 To this day, only eight key historical figures have had the privilege of receiving a merit of honorable U.S. Citizenship.

These were awarded solely through some great feat of historical accomplishment, fight for justice and equality, considerable social influence in the U.S., or just being plain awesome.

The person receiving the honor is decided by an Act of Congress or through a proclamation by the U.S. President which is authorized by the Congress.

Here are the lucky ones, in no particular order.

Raoul Wallenberg was a Swedish diplomat, businessman, and architect who managed to save tens of thousands of Jews in Nazi-occupied Hungary during the Second World War.

His diplomatic rank in the Swedish Embassy ensured the life of many Hungarian Jews by issuing protective passports.

He also found shelter for them in abandoned buildings.

Wallenberg used his diplomatic power for legal paperwork and looked for loopholes to save as many as he could, even after the Nazis had discovered his plans.

It is not known what happened to him after his heroic deeds in Hungary, as he was never seen or heard from again.

Many speculate that after being captured in Budapest as a spy by the Soviet secret service, SMERSH (which was an acronym for “death to spies”), he died in 1947, possibly in a KGB Gulag.

As of October 17, 2016, he is officially declared dead by the Swedish Tax Agency.

For his admirable non-violent courage, Wallenberg has been awarded countless honors, monuments, humanitarian awards, postage stamps, and of course, an honorary U.S. citizenship.

This was posthumously awarded in 1981, in hopes of finding any news of his whereabouts back then.

Casimir Pulaski was a Polish nobleman and a distinguished military commander worthy of any heroic honor.

He fought for the Bar Confederation against the Russians during the Polish-Lithuanian Commonwealth wars.

Single-handedly reforming the American cavalry, his outstanding leadership and military prowess secured him a place among the greatest of tacticians, as well as a title, “Father of the American Cavalry.”

He is also responsible for saving George Washington’s life during the Battle of Brandywine.

The Americans’ fight for Independence garnered his noble attention, and by the recommendation of Ben Franklin himself, he quickly set sail to join in the fight.

A British grapeshot gravely wounded the Commander at the Battle of Savannah.

Pulaski’s courageous actions landed him a posthumous honorary citizenship in 2009, and the Congress decided to make October 11 “Pulaski Day.”