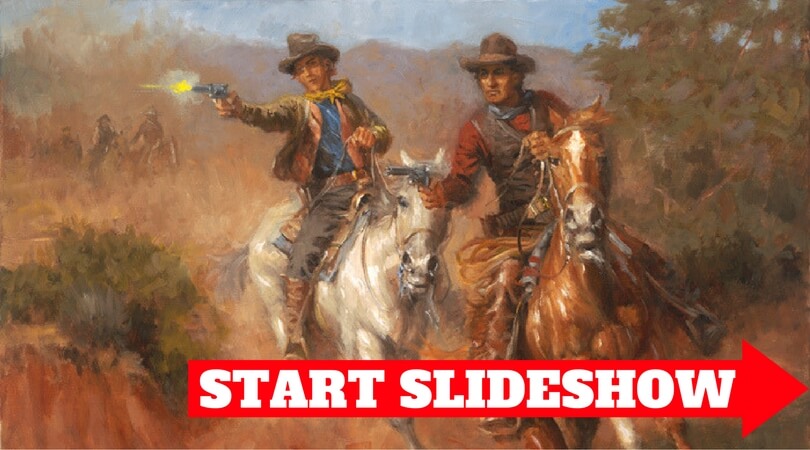 The Old West, often referred to as the Wild West, encompasses the period after the Civil War, the rest of the 1800’s, and the early part of the 20th century.

There is much legend surrounding American History of the Wild West when it comes to American outlaws and lawmen.

We have collected 10 profiles of the most inffamous outlaws of the American wild west.

1. Billy the Kid (The Regulators and The Rustlers)

One of the most feared man in the West and an enduring western icon.

According to legend, he killed 21 men during his days as an outlaw, one for each year of his life, though he likely killed far fewer than that number. “Тhe Kid“ was dead at age 21.

During one robbery, they were met by wild gunfire from vigilante citizens. Every member was killed except for Emmett Dalton. He was wounded and spent 14 years in Kansas Penitentiary in Lansing.