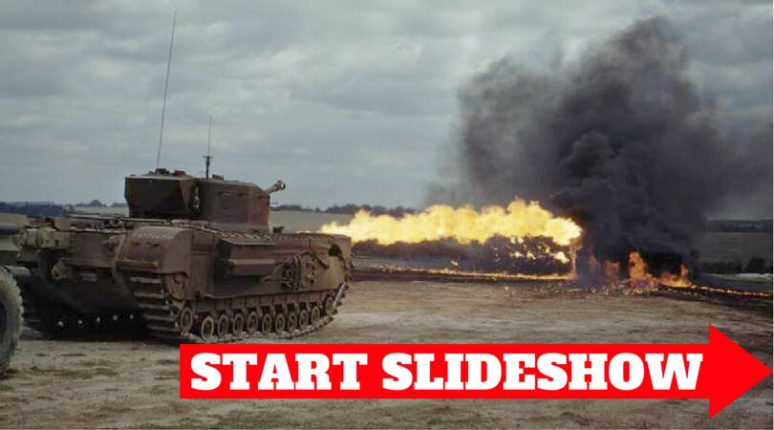 During World War II the Allies and Axis powers raced with each other to produce the most devastating and terrifying weapons.

Many of them gave rise to weapons that the military forces of the world use today, here are 10 of the most feared weapons that were used during World War II.

The MG-42 is a Mauser machine gun and uses the Mauser cartridge (7.92x57mm) and is suited for general-purpose.

It was created in Nazi Germany and was heavily used by the Waffen-SS and Wehrmacht at the end of World War 2.

It was initially made to replace the Mg-34 as it was cheaper to manufacture as well as quicker to make too, but in the end, both machine guns remained in production throughout the War.

The MG-42 machine gun has been proven to be reliable, durable, simple and easy to use and is most handy in that it can produce a higher than usual volume of suppressive fire.

It could average between 1,200 and 1,500 rounds per minute which was fantastic for this type of gun.

This gun was still being used beyond the War ending and was the basis for the later MG1, which was almost identical to the MG-42.

There are very few aircraft throughout the history of aviation that was as unique and innovative as the Messerschmitt Me 262.

This plane was created out of desperation, it was needed for the War and was considered a masterpiece due to its technology.

It had a massive impact in the world of aviation when it first launched in 1944 in European skies.

The Me-262 was developed and built in Germany by the Nazi’s and was their first jet fighter that was operational in World War 2.

Never available in large enough numbers, this figther was feared by the Allies for its massive speed and maneuverability.