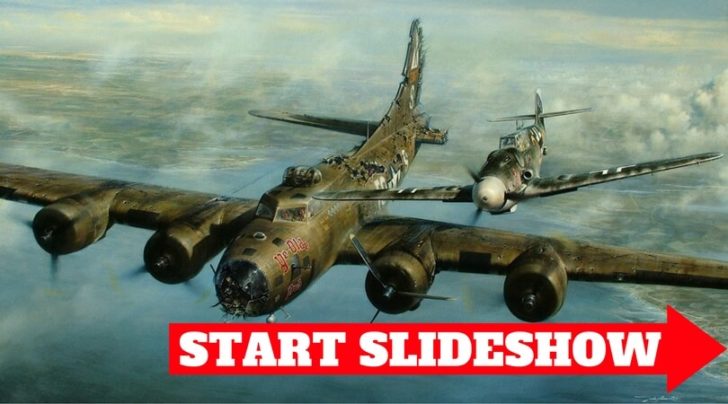 He chose not to shoot down a B-17 bomber but instead, he escorted it home; his actions got nine men home for Christmas.

More amazing, years after the war the two pilots met each other and became the best of friends.

This is their amazing story.

Charlie Brown of the United States Army Airforce or USAAF was a Second Lieutenant.

Born in the Weston, West Virginia in 1922, he called himself a Farm Boy.

He flew his first mission as an aircraft commander flying a B-17, “Ye Olde Pub” on a bombing run over on an aircraft factory in Bremen.

The B-17 was nicknamed the Flying Fortress because these bombers carried a lot of defensive power.

During this mission, Brown’s bomber occupied the especially dangerous left of the formation, sometimes called the Purple Heart Corner.

The German fighter tactics at the time were to go for the bombers on the edge of the formation first.

Bremen, a big industrial town was defended by a large contingent of fighters and over 250 anti-aircraft, or Flak, guns.

In their final approach to the target, the bombers were required to fly in a straight line and could not maneuver in any way to avoid the Flak or their bombs would land miles off target.