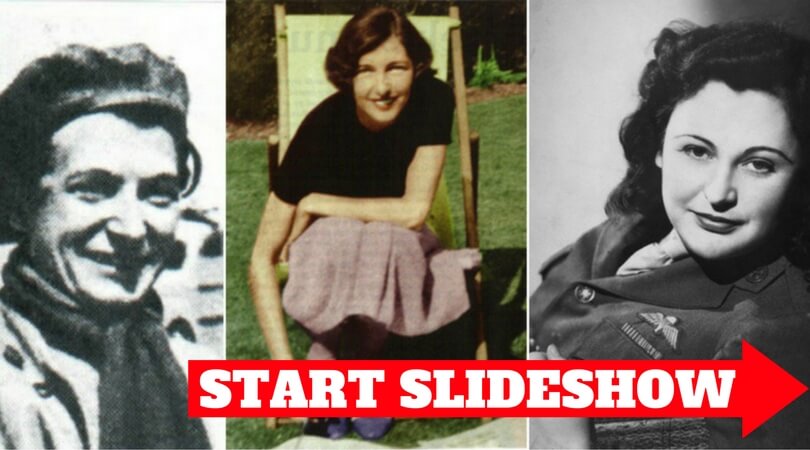 This list serves as a reminder of the extraordinary achievements of the women who fought in WWII side by side with men and made a difference.

Lt. Aleda Lutz was a flight nurse who logged more hours than any other. In 196 missions she evacuated more than 3,500 soldiers.

By 1944, she spent 814 hours nursing the wounded in the air, but in December her plane crashed.

Posthumously she became the first woman to be awarded the Distinguished Flying Cross, in addition to four Air Medals, the Purple Heart, the Oak Leaf Cluster, and the Red Cross Medal.

When WWII broke out, Skarbek was in Ethiopia. The British intelligence helped this ‘flaming Polish patriot’ carry out her plan to return to Poland.

From 1939, she helped organize Polish resistance movement and smuggled pilots out of the occupied zone. When the Gestapo captured her in 1941, she bit her tongue so hard that it bled, managing to convince them that she had tuberculosis – they promptly let her go.

After acquiring a new identity, she ran away from Poland with her husband. The British met her again in Turkey, and she continued her work in the East.

Operation Overlord cleared the way for her to return to occupied Europe and she was parachuted into France, accidentally landing in the middle of the German troops.

Luckily she managed to escape and walked 70 miles to safety, and after that remained in the Alps where she convinced a number Axis fighters, including conscripted Polish soldiers, to desert.

Her talents as a spy were proven on countless occasions, and she became a living legend – inspiring the characters of at least two of Ian Fleming’s Bond girls.

She was sadly killed in 1952 by an obsessed stalker.