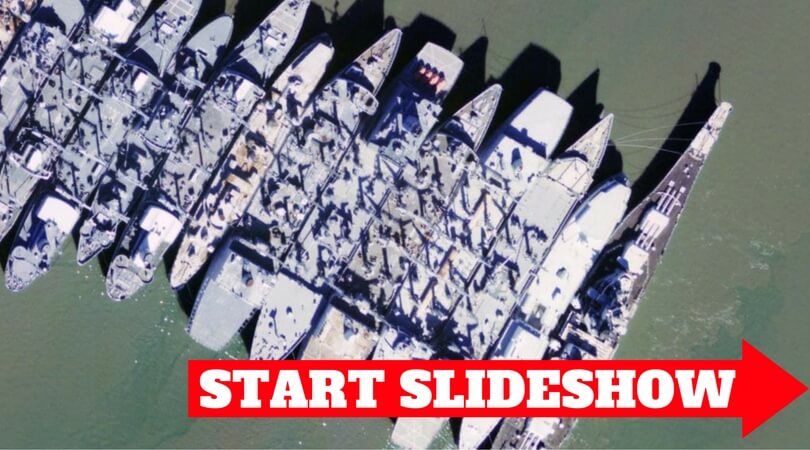 This collection of U.S. Navy and merchant reserve vessels, known as the Suisun Bay Reserve Fleet (SBRF) and the Mothball Fleet, was created by the U.S. Maritime Administration following World War II to serve as a pool of potential backups for national defense.

It is located on the northwest side of Suisun Bay, the fleet is within a regulated navigation area that is about 4 1/2 miles long and 1/2 mile wide.

Suisun Bay is famous for hosting the anchorage of the ghost or mothball fleet, a collection of U.S. Navy and merchant reserve ships, created in the period following World War II.

Many of these ships were removed for sale as scrap metal during the 1990s, but over 80 ships still remain at anchor in the bay.