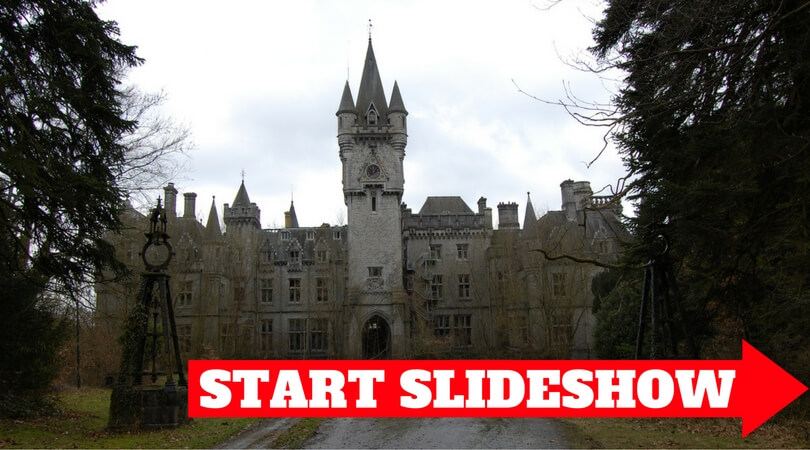 Around the word many once opulent mansions have been deserted. The buildings are in sad shape with broken windows, roofs missing and crumbling brickwork.

Some have become homes for squatters and animals.

One of these formerly majestic homes used to sit on Mudhouse Road near Lancaster, Ohio.

Originally the land was owned by Abraham Kagy and Henry Byler, who sold it to Christian and Eleanor Rugh.

The building was erected in about 1875. It was again sold in 1919 to Henry and Martha Hartman.

The house was inherited by Lulu Hartman Mast upon the death of her father in 1930, and the property remains in the Mast family to this day.

As with most abandoned homes, locals have branded the home as being haunted. Stories of mass murder, children being killed and the like have run rampant for many years.

No one has lived in the home since the 1930s, and the owners have zealously guarded the property, pressing charges on anyone caught trespassing.

Up until a fire destroyed the roof and some of the interior, the mansion may have been salvageable, but the Mast family steadfastly refused to sell.

They also claimed that it would cost millions to refurbish the house back to a livable condition and meet standard codes. The house had only partial electricity and had no plumbing.

In September of 2015, the building was demolished.  Locals lined the road to watch the old mansion come down.

In North Lanarkshire, Scotland, another deserted mansion sits forlornly empty. It was designed by James Gillespie Graham and completed in 1820.

The Gothic Revival style home called Cambusnethan House, or Cambusnethan Priory, replaced a Norman-age tower and manor house which had been destroyed by a fire sometime in 1816.

The original home had been surrounded by apple orchards, and it is rumored that a Mr. Paton, a gardener at Cambusnethan House bred a new apple variety called the Cambusnethan Pippin in the mid-1700s.

The owners were the Lockhart family, and the building had been in use until 1984 when another fire gutted the interior.

The Scottish Civic Trust has listed the property as “At Risk” and in March of 2014.

A group calling themselves Friends of Cambusnethan Priory was established in order to raise funds to save this historic structure.