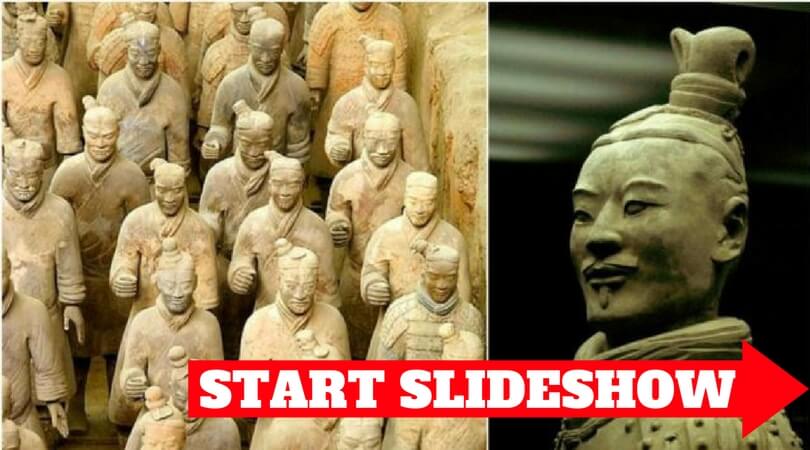 Many extraordinary and magnificent archeological discoveries were made by non-professionals and completely by chance.

We compiled a list of six history-making finds uncovered accidentally by people with no prior knowledge or experience in archaeology.

Located in southwestern France, near the village of Montignac in the Dordogne region, the Lascaux Cave houses some of the most famous examples of prehistoric cave paintings.

It was September 12, 1940, when 18-year-old apprentice garage mechanic Marcel Ravidat and three of his friends took a walk in the woods and stumbled upon the entrance to the Lascaux Cave.

There are a few versions of the story about this extraordinary discovery. According to one of them, Ravidat’s dog, Robot, chased a rabbit into the hole.

According to another, he discovered the hole on September 8th and came back together with his friends four days later and explored the cave.

Marcel Ravidat was the first to go down the long passageway with his three friends following after him.

What they saw inside took their breath away. The walls of the cave were painted with beautiful figures of bulls, horses, red deer, stags, felines and mythical creatures.

Marcel and his friends decided to tell their schoolteacher, Leon Laval, about what they discovered in the cave.

Laval contacted an eminent prehistorian to verify its authenticity.

In 1948 the cave was opened to the public, and thousands of people from Europe and the rest of the world came to see the beautiful paintings.

The Terracotta Army at Xian, in China, was discovered by accident back in 1974.

Local farmers decided to dig a well on their communal farm in Yang village when they stumbled upon a life-size terracotta soldier.

Soon, Chinese authorities were informed about this magnificent discovery, and archaeologists were sent to start the excavations.

Apparently, there were nearly 8,000 terracotta foot soldiers, archers, and charioteers.

What these local farmers accidentally discovered dates to around 210 B.C.

The 8,000 terracotta foot soldiers, archers, and charioteers had been buried with Qin Shihuangdi, the very first emperor of China.

He became the first emperor of China when he united the provinces of China and established the capital at Xianyang.

Known for his brutality, Emperor Qin would kill anyone who didn’t agree with him.

On the other hand, he is also known for many great accomplishments.

This includes standardizing the system of units and measures used in the country, the extensive system of roads and canals he built throughout China and, of course, for the building of the Great Wall of China.

This amazing discovery is today one of the top attractions in China.

The Terracotta Army is one of the greatest archeological discoveries in the world and attracts visitors from all over the world.

Former French Prime Minister Chirac praised the Terracotta Army as the Eighth Wonder of the World.