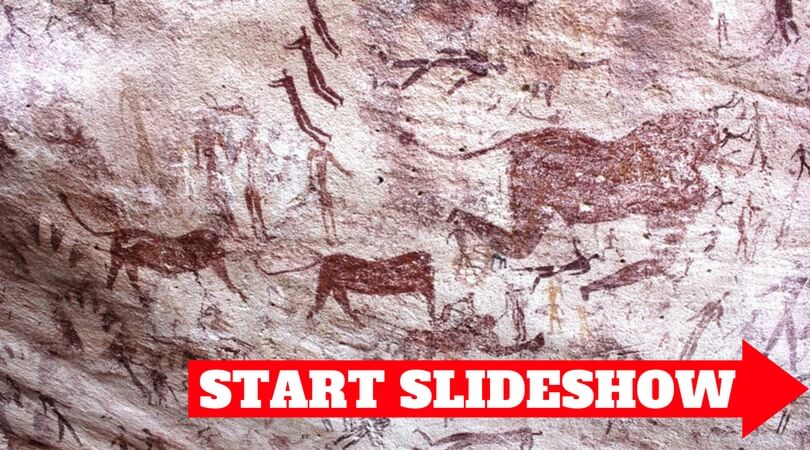 Ancient rock art is amazing and not just for the pictures that were created.

It is mind boggling that our ancestors were able to select places and materials to make these stunning stories and descriptions of life so long ago.

The fact that they have lasted is awe-inspiring, and what is sad is that people today take great pleasure in destroying their artwork.

Most rock art today is now fenced off and able to be seen only on guided tours, some you will find in museums and other places that display them.

The best way to see rock art is out where it is, and even though we cannot touch these messages from the past, we can still stand and wonder what they were like and why they were created.

In 2014 a study was begun that discovered a link between some cave art and its location.

If a scene depicts a herd of animals charging, the art is often found in caves where it gets very noisy with echoes.

In some North American caves, the walls are adorned with Thunderbirds; these caves are very noisy with echo, and it was believed that the beating of a Thunderbird’s wings caused thunder.

Upon investigation, remainders of artwork have been found even in caves where rock art had never been found before; probably done there because of the acoustics in those caves.

In the Canadian Shield, there is a myth about rock spirits and sounds that clearly link the idea that cave art is to be found in specially-selected caves known for their sound quality.

In 2005 a geologist found inside a small cave in Egypt a roof painting which is being described as a nativity scene.

The painting is 3,000 years older than the actual Christmas event.

In the artwork, a child is raised by two parents; there are two animals present, and a star in the east completes the picture.

The animals aren’t barnyard animals but wild animals from the era; one is a baboon-like creature and the other a headless lion.

The scene was painted in dark red ochre.